Why does the fascination with Nazi ideology keep resurfacing today? How easily is an ideological vision (re)constructed? Why are hateful messages so often disguised as images of hope? Are buildings with violent histories forever contaminated, or can they still serve as living or work spaces? These are some of the questions raised by the video installation Poetry is out of Place.

Following up on his long-term engagement with former extremists and Germany’s fragmentary attempts of denazification, here Jakob Ganslmeier turns his attention to the online world where a large part of today’s radicalisation happens, making use of images, symbolism, appropriation of memes and music. Poetry is out of Place compiles a variety of visual material, with formats ranging from classic documentary, commercial real-estate video, to high-paced video collages interrogating the sources of today’s far-right extremist ideas.

Public Enlightenment can be considered as the central piece of the installation that, essentially, is investigating the perpetrator’s perspective. Its three channels respectively deal with Hollywood’s cliché representation of villains (I), innocent looking fragments from Nazi propaganda (II), and Youtube posts with images ranging from re-enactments of WWII atrocities to Russia’s invasion of Ukraine and Quran burnings by Norwegian nationalists (III). More meditative pieces such as In the Blue, A New Beginning, and Where Dreams Come Home counter these loud scenes of a youth culture hijacked by present day far-right extremists.

Poetry Is Out of Place was originally developed for, and in response to a former Nazi commander’s house in Falstad, Norway. The project, focusing on the perpetrator’s perspective, was part of Houses of Darkness (2020-2023), a cooperation of the Bergen-Belsen Memorial (DE), Camp Westerbork Memorial Centre (NL), Falstad Centre (NO) and Paradox (NL). 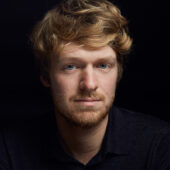 Growing up in Dachau, in close proximity of the former concentration camp and nowadays a memorial centre, Jakob quickly learned how differently the WWII legacy is dealt with, both within Germany and worldwide. To this day, this remains an important motivation for his work. In his artistic practice, he focuses on the radicalisation of youth and how the underlying mechanisms and ideologies can be challenged through a participatory photographic approach. He is particularly interested in the process of exiting an extremist movement and coming to terms with one’s past.
He aims to develop visual strategies which counter the classical representation of such groups, often working in close collaboration with former members of extremist movements. He believes in the necessity of dismantling the visual representation of radical ideologies and offering counter-narratives through photography. As a photographer working with socio-political topics, he positions myself in the midst of mass mediated images. As their co-producer, he explores how these contribute to the cultural othering and the building of misleading stereotypes, while leaving the problematic ideologies intact. 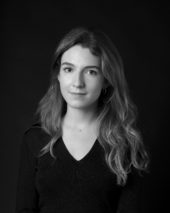 Ana Zibelnik (1995) is a photographer currently based in the Netherlands. She graduated from the Academy of Fine Arts and Design in Ljubljana in 2018 and recently completed her MA degree in film and photographic theory at Leiden University. Through long term projects she explores the topics of death, immortality as well as the relationship between photography and extinction.