In the early 1990s Dutch photographer Ad van Denderen and journalist Margalith Kleijwegt travelled to Welkom, a small mining town in South Africa, to document the last days of apartheid. The growing tensions between the white and the black community often lead to unrest. The city was seen as an example of how things could go wrong during the process of change. After multiple visits, the story was published in Vrij Nederland magazine and in the critically acclaimed photo book Welkom in Suid-Afrika in 1991.

25 years later, the South African photographer Lebohang Tlali reached out to van Denderen with a remarkable request. Tlali grew up in Welkom’s neighbouring township Thabong, and discovered Welkom in Suid-Afrika while studying in Cape Town. The book was a revelation to him: for the first time Tlali could see how the white community lived during apartheid. At the same time, the photos taken in Thabong provided a feeling of recognition. In his email to van Denderen, Tlali wrote: ‘These photos were taken during a critical period in the history of South Africa. I was only twelve at the time, and there was a lot of uncertainty. I am repeatedly drawn to your book, which somehow still reflects today’s reality of Welkom and South Africa.’ Tlali had a clear goal in mind: he wanted to take van Denderen’s photographs back to where they were taken – and never seen before.

To think about the future, one must know the past. Taking this notion as a starting point, Tlali, van Denderen, and Paradox initiated Welkom Today: a multivocal photography project that will be launched in the spring of 2019. Tlali’s dream to bring the photographs back to Welkom’s community was realised in the fall of 2017. During that time, Tlali and van Denderen gave a series of photography workshops at three high schools in Welkom and Thabong. Using photography to reflect on their identity, the young ‘born free’ students became empowered participants in the project. The collaborative outcome will be part of a book, a travelling exhibition, and an educational programme that colour the post-apartheid period from inside out.

Welkom Today combines old and new photographs by van Denderen, Tlali and their students, images from family albums and newspaper archives, as well as stories by by Kleijwegt. In a self-reflexive, non-hierarchical way, the project opens up to multiple histories and perspectives, across different generations and backgrounds.

Welkom Today is a Paradox production in collaboration with the Stedelijk Museum Amsterdam. The exhibition is curated by Anne Ruygt and Bas Vroege in close collaboration with the photographers. Together with CBK Zuidoost, Paradox is developing a manifestation in the Bijlmer area of Amsterdam and an educational programme for Amsterdam secondary schools around the theme of separated worlds.

In parallel with the exhibition, Paradox, Atlas Contact and Kehrer Verlag are publishing a photo book under the same name, with stories by Margalith Kleijwegt and design by Jeremy Jansen. 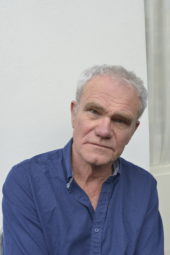 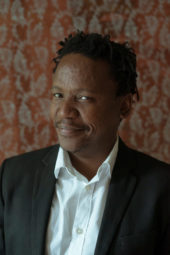 Lebohang Tlali (b. 1978, South Africa) is a photographer and cultural entrepreneur born in Welkom. After his Fine Art studies at the Michaelis School of Art (University of Cape Town) he worked as a freelance photographer and gained experience as a project manager for art galleries such as Stevenson, Park West and cultural non-profits among which Cape Africa Platform and VANSA (Visual Arts Network of South Africa). While growing up during apartheid in the township of Thabong, Tlali developed a strong appreciation for the value of education. It inspired him to become a graduate from Kaospilots, an alternative business school that specialises in value based entrepreneurship and creative social innovation in Switzerland. His projects focus on youth empowerment and use of photography as a tool to make a positive impact on the community and their environment. 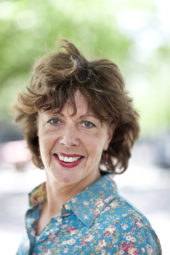 Margalith Kleijwegt (1951) is a Dutch independent publicist. She became well known for her socially relevant articles in the weekly Vrij Nederland en De Groene Amsterdammer. Her first book, Invisible parents, parents, the neighbourhood of Mohammed B, about the lives and dilemmas of students and their parents at a multi-cultural school in Amsterdam, became a bestseller. In 2015 she published 2 worlds, 2 realities, a report about polarization in the class room. The report had a great impact: the House of Representatives organized a special hearing to discuss the findings of Kleijwegt.

Ad van Denderen is one of the key Dutch photographers in the collection of the Stedelijk. Since the 1980s the museum has acquired photographs from several of his series, including Welkom in Suid-Afrika.

Van Denderen’s work belongs to the tradition of critical documentary photography. His self-reflexive position represents a significant development in the contemporary arts. In the postcolonial era more and more artists started to question their position as image-makers. The issue of representation in photography, in this case addressed by Lebohang Tlali, is one of the main themes in the exhibition at the Stedelijk.

A great deal of emphasis will be on the meeting and the collaboration between Van Denderen and Tlali, and their artistic view on the project. The show opens with a selection of black-and-white photographs by Van Denderen from the 1990s, which Tlali brought back to Welkom in 2017. They will appear on a billboard similar to the makeshift model that was used in front of the town hall in Welkom, October 2017. This symbolic act forms the starting point of the exhibition. The original book from 1991 will be reproduced in the form of wallpaper, revealing the socio-political changes and major shift in artistic approach.

In conjunction with the educational programme, Paradox and CBK Zuidoost will organize an outdoor exhibition in the Bijlmer district in the summer of 2019. The focus of this presentation will be on current issues such as segregation, inclusivity and belonging in today’s society. Whereas the Stedelijk show concentrates on the artistic development of Tlali and Van Denderen, the outdoor exhibition starts from the viewpoint of young adolescents.

The exhibition in the Bijlmer will be activated by a public programme, with photo sessions, talks, performances and a great deal of room for debate. At Kwaku, a shipping container would serve as a portrait studio to connect festival visitors to the project. Workshop participants will be actively involved in developing the activities and will act as photographers at the festival.

Welkom Today is characterized by a multitude of voices, perspectives and image sources. The book narrates the story of Welkom and Thabong’s communities, against the backdrop of South Africa’s socio-political history and current reality.

Another thread is the critical assessment made by Lebohang Tlali and the artistic development of Ad van Denderen, which signals a fundamental change in documentary photography: instead of speaking about or on behalf of a subject, more and more contemporary photographers focus on speaking with the community they portray. To bring about these different layers and meanings of the project, the book includes eight chapters about young inhabitants and their families (written by Margalith Kleijwegt) and seven thematic chapters. These two types of chapters will be visually distinct. Each type offers a different reading and feel.

Welkom Today will be co-published with the renowned publishing house of Atlas Contact and launched in May 2019, coinciding with the premiere of the exhibition at the Stedelijk Museum Amsterdam, the leading museum for modern and contemporary art in the Netherlands.

The English edition of Welkom Today will be published by Kehrer Verlag.

Workshops at schools in Welkom and in Amsterdam

The workshop program was not merely intended to be educational. It also played a pivotal role in the production of the content of Welkom Today. In the workshops the young people represented themselves, offering a valuable insight into their personal lives, experiences and viewpoints. It also opened the doors to their family albums and oral histories, thus preserving and contributing to the cultural heritage of a poorly documented community.

Photography was used as a tool to stimulate social awareness, to learn about yourself by documenting your daily surroundings, and to imagine your future by visualising your hopes and dreams. Photography broadend the students’ horizons and led to new encounters and exchanges. ‘I used to be ashamed of the township of Thabong. This mess everywhere. But when I walk around with my camera, I see a certain beauty in it. I even feel proud’. More than a year after the workshops, some students are still active photographers, sharing their images on Instagram.

Based on the 2017 Welkom/Thabong programme, Paradox launches a new series of workshops at two schools in Amsterdam in 2019, in collaboration with partners Stedelijk Museum Amsterdam and CBK Zuidoost.

The programme’s theme is ‘separate worlds’, bringing the subject matter of Welkom Today close to home. Even though the situation in the Netherlands is incomparable to South Africa’s apartheid history and current reality, communities tend to drift apart in today’s Amsterdam. This workshop programme tries to bring together a few of those worlds: the city districts Zuid and Zuidoost that each have their own demographic, atmosphere and identity.

The Welkom Today workshops in April and May enables the inclusion of the outcome in a free newspaper and an outdoor exhibition in Zuidoost. In doing so, Welkom Today brings together different generations and lived experiences, from the past and present, here and there.